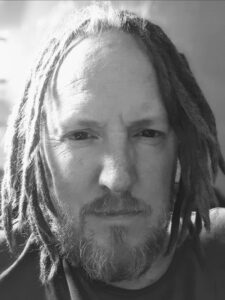 Michael Benn trained at UCT University and WITS University (cum laude). The way he works is very influenced by psychodynamic and psychoanalytic theory. He is currently in a training psychoanalysis to become an analyst. Michael sees therapy as an important process of self-awareness, self-actualization, ongoing growth, change and becoming in touch with one’s own truth, an evolutionary process. Michael believes therapy is not from a purely bio-medical model that views patients as less functional than others, but as part of the human struggle of being an individual mind in a society with its realities. He does not believe that symptoms must only be alleviated and removed, but rather that the symptoms can offer a gift of insight into further unconscious awareness and growth. Rather for Michael the undertaking of therapy is often an indication of greater mental health and an ability to work towards insight and self-awareness.

Other interesting information about Michael…

Michael published numerous articles on the topics of; race, culture and adolescent issues in numerous magazines. He has been interviewed on radio and TV, around issues of adolescence and therapeutic change. He has also done talks at schools, Akeso Crescent Clinic and Wits .

Michael has also served his time on the executive of the SAPC (an organization representing around 600 psychologists). He has been managing and distributing for many years PEPWEB (the world’s biggest psychoanalytic online journal and book data base). Michael is currently part of the GRASP reading group , SAPA group and the SAPC group. He was also part of initial RACE IN THERAPY group, and part of the diversity committee for SAPI. He has been an IPA training analyst and hopes in the future to become an analyst.

He started work as a counselor at the 702 crises center in Hillbrow in 1989, working there for 5 years until 1994. At the same time while a student at WITS he worked at STEP as part of the student movement, teaching matric students geography in Alexandra township. He worked at the Douglasdale trauma unit from 2003 to 2005 as a trauma counselor, assisting police in trauma debriefings in the Douglasdale area.

Michael worked in community clinics in Soweto for 4 years. Michael then worked at Crescent Clinic for 5 years as the therapist on the inpatient adolescent unit YAP (Young Adult Programme) while running an outpatient practice with Deborah Ashdown and Dror Cohen. This work at Crescent Clinic was again extremely enriching and during this time he saw hundreds of adolescents struggling with depression, suicidality, anger, anxiety, life transitions, addiction, cutting, and numerous other issues. This experience led to the development and opening up of the joint venture- Mindful Psychology Practice with Deborah Ashdown.

Michael is currently involved in a lot of couple’s therapy and does medium to long term work. The common theme running through my work is a psychoanalytic thread of believing in an unconscious and seeing all of us as beings with drives and complex internal dynamics, while also being in a complex social system with social dynamics such as racism, sexism, homophobia and other power dynamics that play out. We are all seen as struggling with drives, impulses, anxieties and then using defences to try manage them as best we can. My approach is one of humility in the face of reality, and attempting to find awareness and truth in a mindful way. I am wanting to assist but also learn from the patient.

Clinical and transformation work with adolescence

I strongly believe that if people can connect with their internal world, they increase their capacity to live, work and love more vitally in the world.